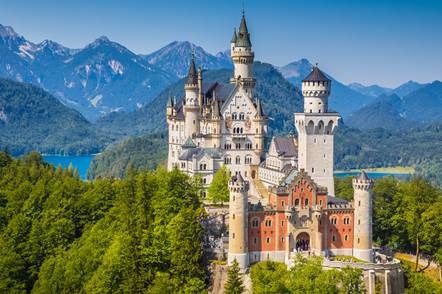 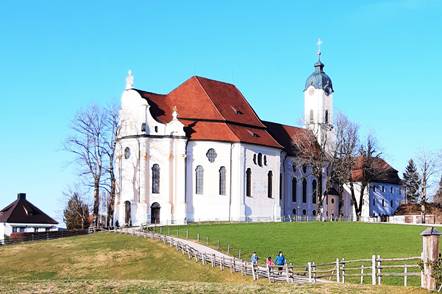 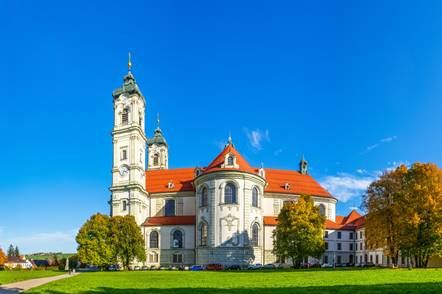 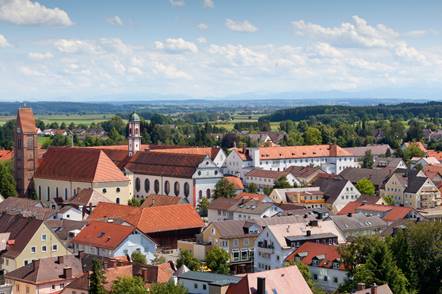 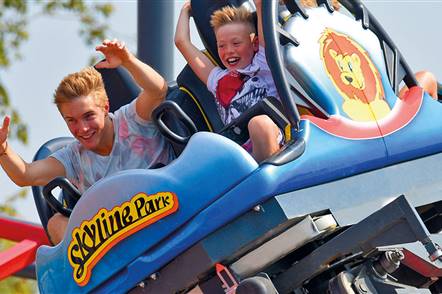 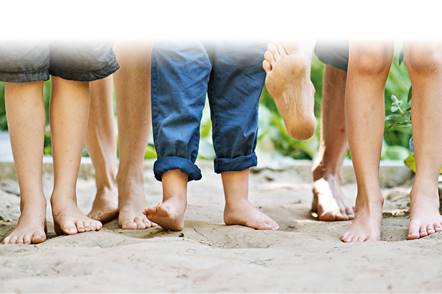 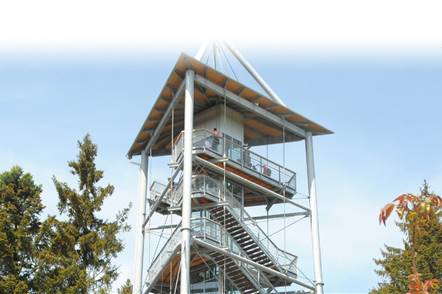 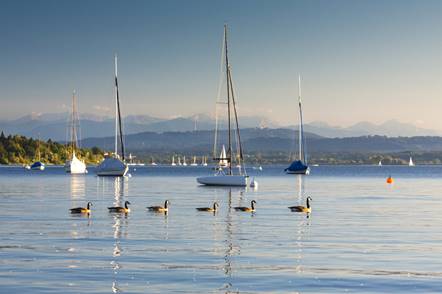 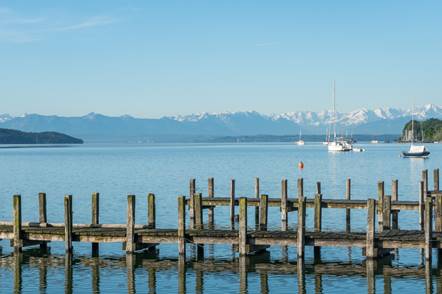 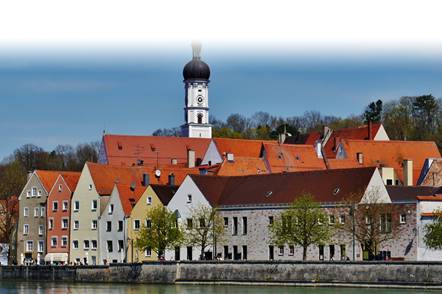 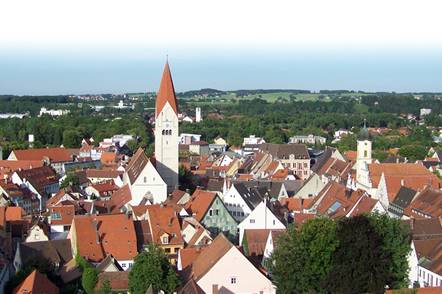 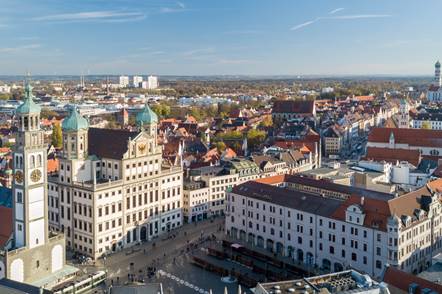 Vis Ă  vis the world famous Neuschwanstein Castle there is the Hohenschwangau Castle with its considerably longer history. King Ludwig II spent his childhood here and used it as his summer domicile until his death in 1886. You can reach Schwangau from the Sonnenhof in less than one hour (59 km).

Hohenschwangau Castle was initially recorded in the 12th century as â€śSchwanstein Castleâ€ť, the residence of the nobility of Schwangau. In the following centuries the castle was owned by different families. The castle fell into disrepair, was rebuilt and again destroyed.

In 1832 crown prince Maximilian, later King Max II, purchased the castle ruin and had it converted by the theater painter Dominic Quaglio in the English Tudor style. the form in which Hohenschwangau Castle can still be seen to this day.

The romantic castle served the royal family as summer residence and was the happy playground of Ludwig II. The interior fittings dating from the Biedermeier period have been preserved in unaltered form.

In view of the great demand, for those who wish to visit the inside of the castle, it is best to reserve tickets in advance. ( www.hohenschwangau.de)